The Quick and the Dead:
Theresa Hak Kyung Cha Edition 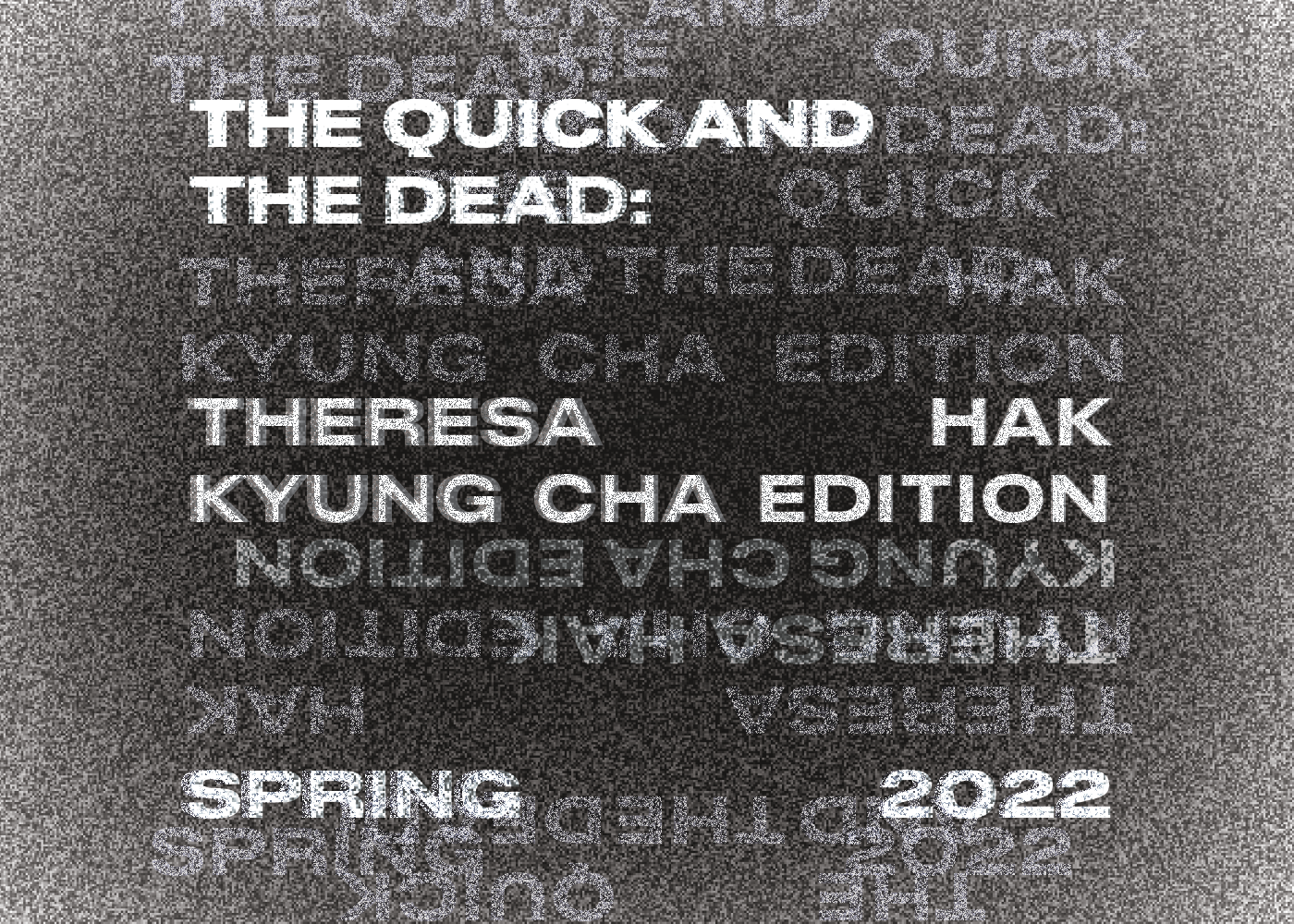 Theresa Hak Kyung Cha wrote herself across time, in fragments, through overlapping voices, to open up the space of silence irredeemable by language. Faults larger than can ever be grasped through speech. Cha held close the traumas of history, the collective experience of memory, and the liberatory potential afforded by experimental forms. Submitting only to the “timelessness created in her body,” she gave us a relentless vision of what new intimacies can be born through the gaps of history.

We carry Cha’s work into the present where colonial legacies, gendered violence, and empire still reign not only in the structures of our lives but the memories we carry in our bodies. Nearing the 40th anniversary of Cha’s untimely passing, we attune to the recent rise of racialized violence against Asian Americans and examine the ways in which our society is structured by anti-Blackness, as well as the dispossession of Indigenous people and communities of color. Following the threads explored in her experimental masterwork Dictee (1982), we gather with our community in our third edition of the Quick and the Dead to reflect upon Cha’s legacy.

The Quick and the Dead is a yearlong, multi-phase project that bridges the life, work, and legacy of a deceased writer to those of contemporary practitioners. In its third year, the program focuses on Korean American artist Theresa Hak Kyung Cha (1951–1982), and considers her profound interventions in film and video, historiography, language and translation, and autobiographical writing. From March through June 2022, Wendy’s Subway will host a series of four seminars led by writers, scholars, and artists working in her lineage and addressing the entangled political concerns of her oeuvre.

Through sustained reflection across a series of public interdisciplinary programs, The Quick and the Dead seeks to animate the creative and pedagogical potential of Cha’s multidisciplinary practice. Additional programming will include a screening of Cha’s experimental films in partnership with Electronic Arts Intermix (EAI), two artist commissions, and a window installation hosted by Printed Matter, Inc. In summer 2022, we will release a publication in conjunction with our third edition of The Quick and the Dead.