Among a Sea of Influences 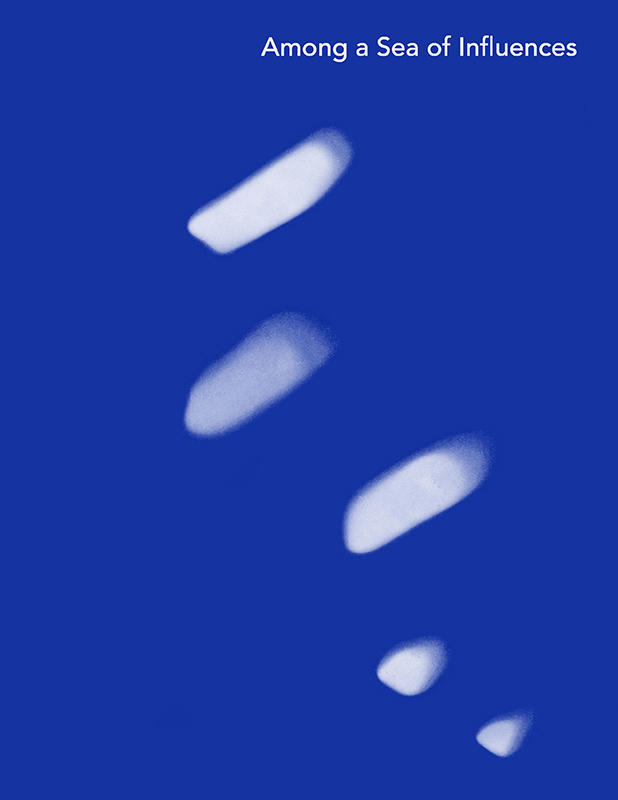 Among a Sea of Influences documents a series of workshops and conversations hosted by Wendy’s Subway and organized by English-Arabic bilingual magazine Makzhin editor Mirene Arsanios on questions of formative literary influences. Three female Arab writers were invited to choose and discuss ten books that shaped their understanding of poetry and translation. Notwithstanding the difficulty of the task, Marwa Helal, Mona Kareem, and Iman Mersal played along, selecting—among a sea of influences—authors and/or translators whose works were key to their own practice, and to their embodied understanding of what it means to write in Arabic from a female perspective. Asking what kind of writings are/were available to them, and which books or translations unseated their understanding of the world, Helal, Kareem, and Mersal discuss writing within the diaspora and across borders, radical publishing and translation networks, cultural and linguistic translation, vernacular language as resistance, and more.

Among a Sea of Influences is co-published by Fully Booked, Makhzin, and Wendy’s Subway on the occasion of Makhzin’s residency at Wendy’s Subway from February 1 to May 31, 2017. 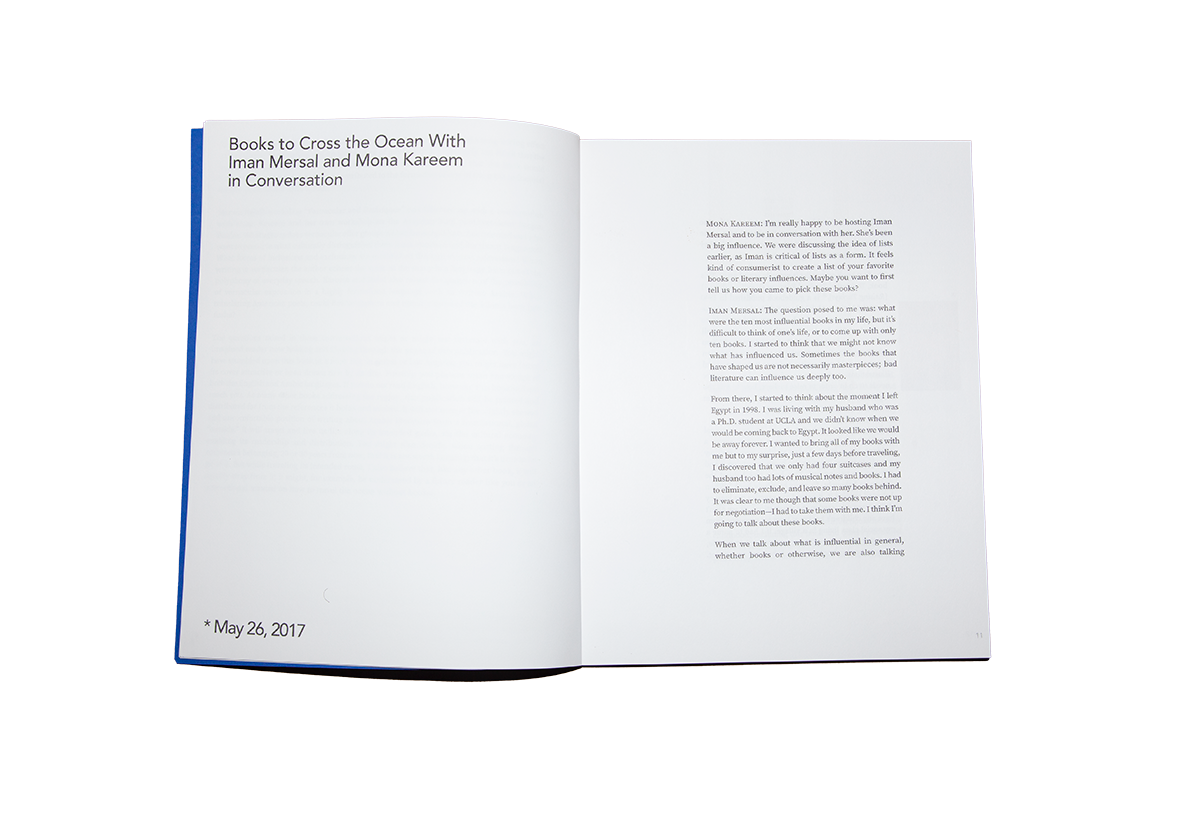 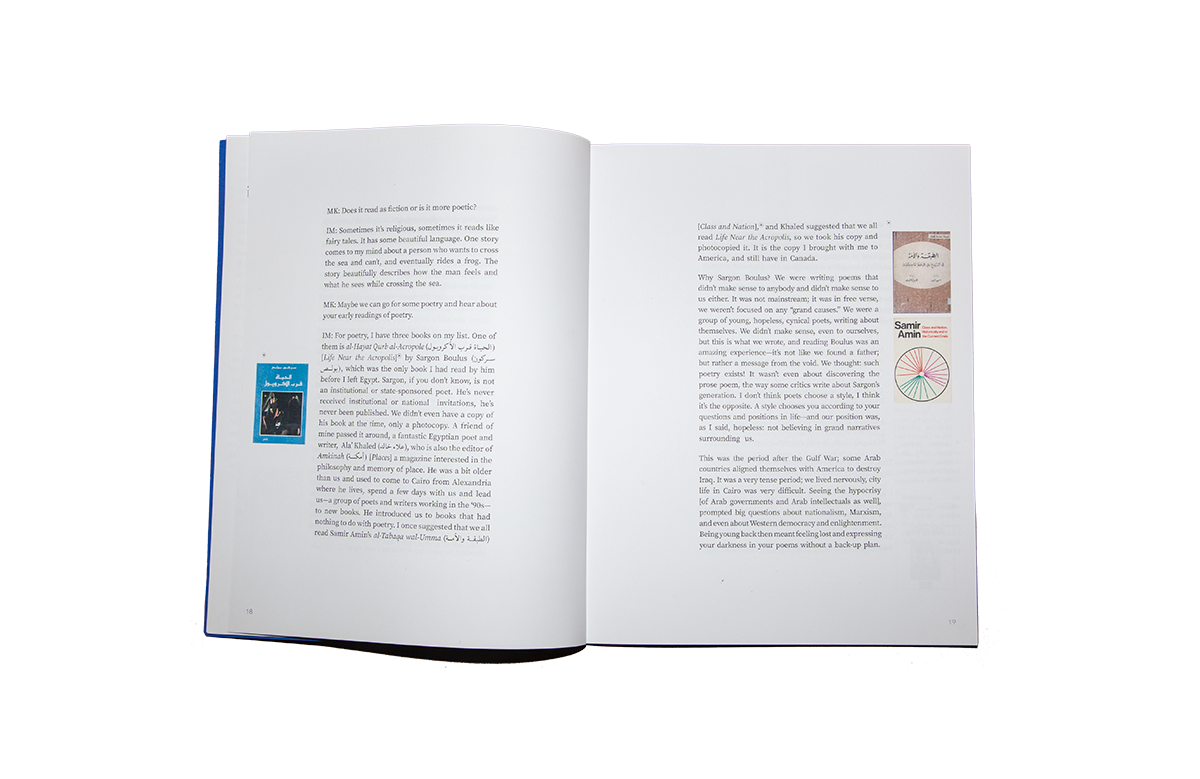 Mirene Arsanios is the author of The City Outside the Sentence (Ashkal Alwan, 2015) and Notes on Mother Tongues (UDP, 2020) She has contributed essays and short stories to e-flux journal, Vida, The Brooklyn Rail, LitHub, and Guernica, among others. Arsanios co-founded the collective 98weeks Research Project in Beirut and is the founding editor of Makhzin, a bilingual English/Arabic magazine for innovative writing. She teaches at Pratt Institute and holds an MFA in Writing from the Milton Avery Graduate School for the Arts at Bard College. Arsanios currently lives in New York where she was a 2016 LMCC Workspace fellow, and an ART OMI resident in fall 2017. With Rachel Valinsky, she coordinated the Friday nights reading series at the Poetry Project from 2017-19. Her next book, The Autobiography of a Language, is forthcoming with Futurepoem (2021).

Marwa Helal is the author of Invasive species (Nightboat Books, 2019), Ante body (Nightboat Books, forthcoming 2022), and winner of BOMB Magazine’s Biennial 2016 Poetry Contest. She is also the author of the chapbook I AM MADE TO LEAVE I AM MADE TO RETURN (No, Dear/Small Anchor Press, 2017) and has been awarded fellowships from the Jerome Foundation, New York Foundation for the Arts, Poets House, and Cave Canem, among others. Born in Al Mansurah, Egypt, she currently lives in Brooklyn, New York.

Mona Kareem is the author of three poetry collections. She is a recipient of the 2021 NEA literary grant, and a fellow at Center for the Humanities at Tufts University. Her most recent publication, Femme Ghosts, is a trilingual chapbook published by Publication Studio in Fall 2019. Her work has been translated into nine languages and has appeared in The Brooklyn Rail, Michigan Quarterly, Fence, Ambit, The Los Angeles Review of Books, Asymptote, Words Without Borders, Poetry International, PEN English, Modern Poetry in Translation, Two Lines, and Specimen. She held fellowships and residencies with Princeton University, Poetry International, the Arab-American National Museum, Norwich Center, and Forum Transregionale Studien. Kareem holds a PhD in Comparative Literature from the State University of New York at Binghamton. She has taught at Princeton, University of Maryland College Park, SUNY Binghamton, Rutgers, and Bronx Community College. Her translations include Ashraf Fayadh’s Instructions Within, Ra’ad Abdulqadir's Except for this Unseen Thread, and Octavia Butler’s Kindred.

Iman Mersal is an Egyptian poet, essayist, translator, and literary scholar, and Associate Professor of Arabic Language and Literature at the University of Alberta, Canada. She is the author of five books of Arabic poetry, selections from which have been translated into numerous languages. In English translation, her poems have appeared in The New York Review of Books, Parnassus, Paris Review, The Nation, American Poetry Review, among others. A selection of Mersal’s poetry, entitled These Are Not Oranges, My Love, translated by the poet Khaled Mattawa, was published in 2008 (Sheep Meadow Press- NYC). Another selection is forthcoming in Spring 2022 from Farrar, Straus and Giroux, translated by Robyn Creswell. Her most recent publications include and Kayfa Talta’im: ‘An al-Umuma wa Ashbahiha (Kayfa Ta and Mophradat, 2017), translated into English by Robin Moger as How to Mend: Motherhood and its Ghosts (Kayfa Ta and Sternberg Press, 2018). Fi Athar Enayat al- Zayyat (In the Footsteps of Enayat al-Zayyat, 2019) has been translated into French by Richard Jacquemond, as Sur les traces d’Enayat Zayyat (Actes Sud). The book was awarded the prestigious Shaykh Zayed award for literature in 2021.

Rachel Valinsky is a writer, editor, and curator based in New York, and the Artistic Director at Wendy's Subway. 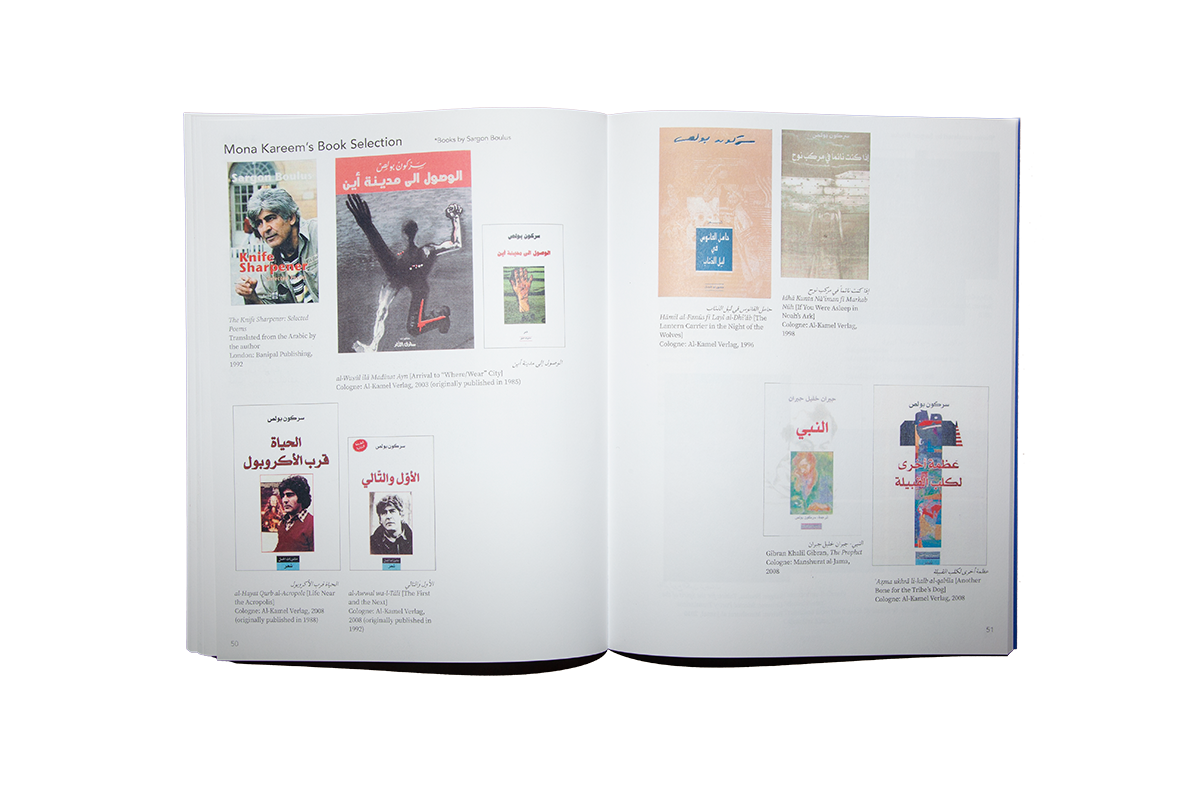 Fully Booked is a unique and curated international platform for creative publications and artists’ books from or of the Middle East, North Africa, and South Asia.

Launched in Beirut in 2014, Makhzin is a bilingual (English/Arabic) magazine dedicated to new and cross-genre writing, including prose, poetry, essays, and occasional translations.