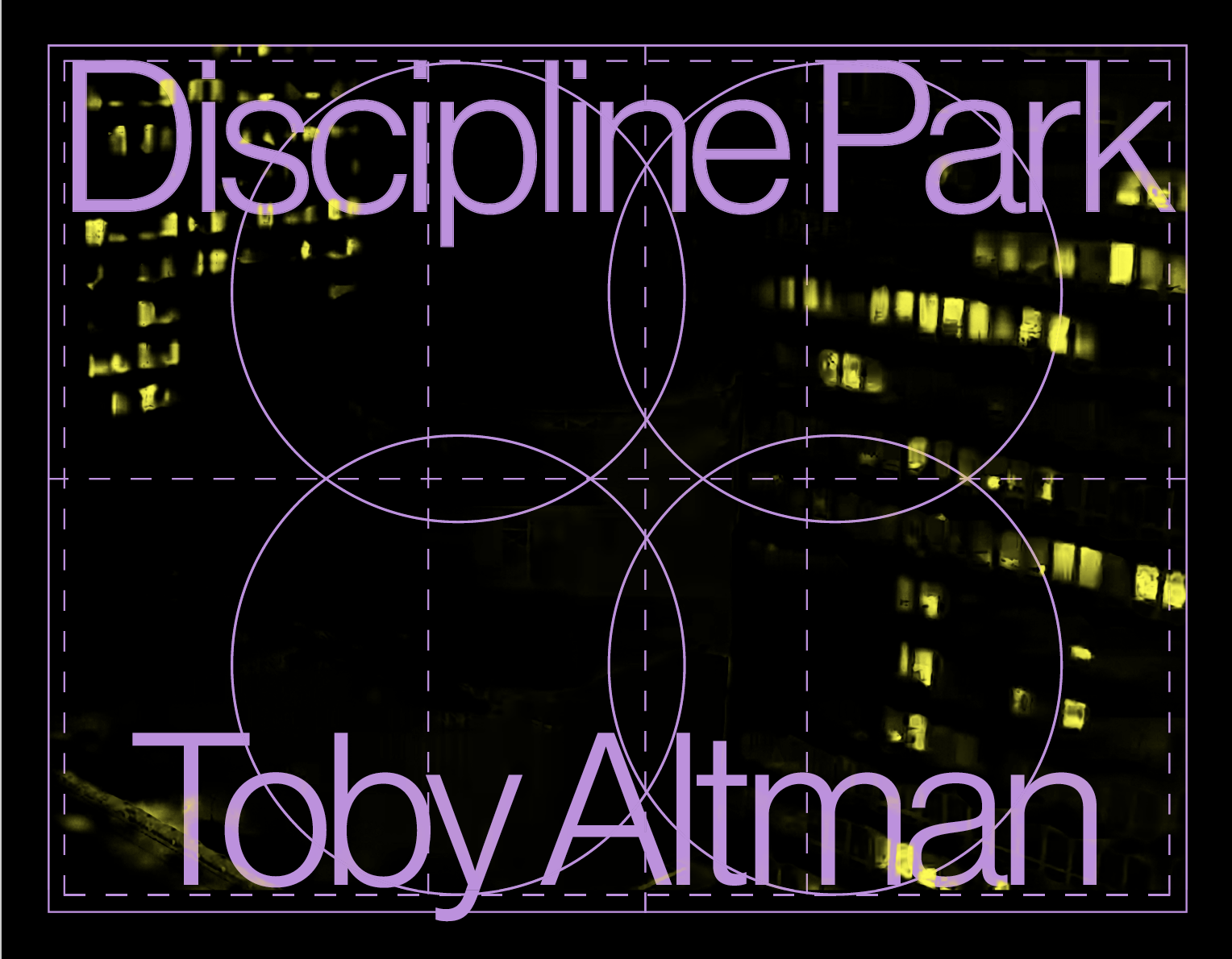 Toby Altman’s Discipline Park documents the demolition of Prentice Women's Hospital in Chicago, a landmark of architectural brutalism designed by Bertrand Goldberg in the 1970s. Altman was born in the building, and years later, was employed by Northwestern University when they tore it down. His personal proximity to the site leads to a wider critical evaluation of the cruelty of a neoliberalism that asks us to draw sustenance from the very institutions that poison and erase our bodies, habitats, and histories. But, as it indicts the present and its claustrophobic, ruinous politics, Discipline Park also recovers or reinvents utopian vistas through an extended engagement with Goldberg's architectural practices.

Toby Altman is the author of Arcadia, Indiana (Plays Inverse, 2017), as well as several chapbooks, including Every Hospital by Bertrand Goldberg (Except One), winner of the 2018 Ghost Proposal Chapbook Contest. His poems can be found in Gulf Coast, jubilat, Lana Turner, and other journals and anthologies. He holds a PhD in English from Northwestern University and an MFA in Poetry from the Iowa Writers’ Workshop. He has received fellowships from MacDowell, the Millay Colony for the Arts, and the National Endowment for the Arts.

Brutalism is often remembered as a top-down type of building that no one ever wanted in the first place, but it was always more complicated than that. Toby Altman's Discipline Park untangles and re-tangles Brutalism's complications by digging into all that has been pushed into and projected on the surface of one particular building in Chicago. The imbrications between institutions and individuals…Sometimes it’s easiest to see things when they’re coming apart.
—Alex Kitnick

Toby Altman’s Discipline Park brings autobiography, architectural theory, civic history, and an unsettled critique of whiteness to task as it tests the notion that human life is “a traveling wound, which inflicts itself on the landscape.” Do we take the shape of our environment, or do we shape it? When and how can this chain of relation end? I am struck by the piercingly distilled lines that pepper these pages like throwaway remarks, where another poet might have been satisfied to relish them. Instead, we are led to a halting closing essay that places its extended and difficult composition in plain sight. Discipline Park traces not so much a short, sharp cut but a distributed wound—a long, rough scrape that hurts in the foreground, sensitizes the border between self and world, and tests the integrity of surface itself.
—Anna Moschovakis

A poetry packed into tight rectangles and corridors that intersect and enjamb across pages, Discipline Park embraces the pillars and steel of the institutional structures meant not only to house us at our most vulnerable moments but also to serve as facilities to research and study us. It is a fascinating subject when handled so skillfully and with such profound understanding of how we are shaped by the places built to administer care when we are most vulnerable.
—DA Powell