A Conversation with Jane, from Dick & Jane 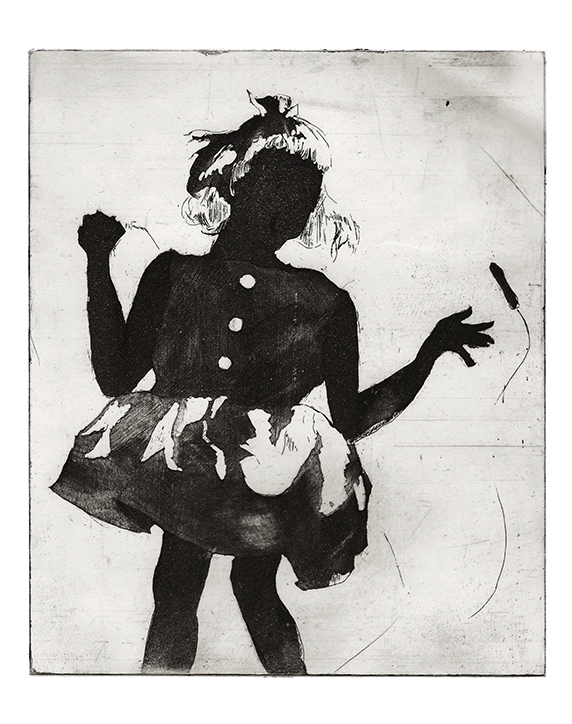 In this screenprint, originally a study for the series of etchings, A Conversation with Jane, from Dick & Jane, Shala Miller reimagines the eponymous character from the once widely used English-language reading primers, published in serial format and popularized in the 1950s, before being phased out of use in classroom curricula by the 1980s. In staging a dialogue with a fictional, Black Jane, Miller corrects the image of a stereotypical, white, middle-class American character to propose a more nuanced conversation about representation, childhood, and the American imaginary.

Owned and operated by Leslie Duguid, Du-Good Press is the first and only Black female owned fine art print maker in New York.